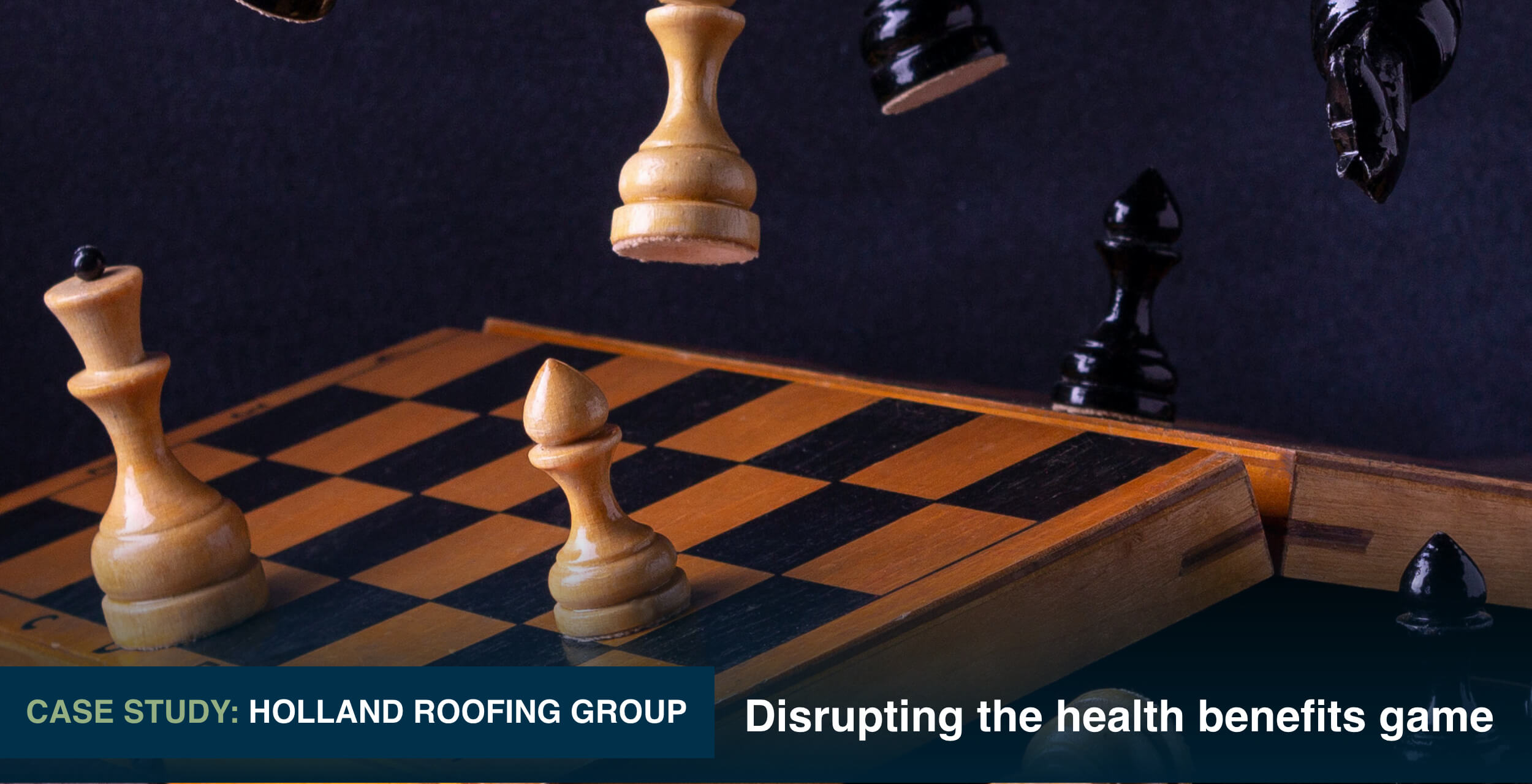 Holland Roofing Group turns to Custom Design Benefits for something different – and better.

As President of Holland Roofing Group, Bob Rack knew the game all too well. He was just getting tired of playing it.

Every year, he would shop around for a new health insurance provider to find the best plan to provide strong yet affordable benefits to his employees and minimize healthcare expenses. It worked, but oftentimes it would create a hassle for the employees.

While one provider might have an employee’s primary care physician in network, the other might not, leaving some employees scrambling to find new in-network doctors and specialists every year. And no matter where he turned, the rates continued to rise or were offset by a less comprehensive plan.

“It was always a major challenge related to healthcare benefits,” Rack said. “Basically, you’d be looking at a 30% increase year after year. And we’d switch all the time, which became a pain point for everyone.” 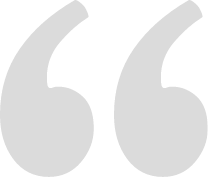 It was always a major challenge related to healthcare benefits. Basically, you’d be looking at a 30% increase year after year. And we’d switch all the time, which became a pain point for everyone.

Nisbet Brower has a storied history that dates back well before health care benefits and rising costs went hand in hand. In its current form, the privately-owned company serves as a single resource of building products and services to professional contractors.

As a one-stop-shop for the entire home and commercial building process, the company has a wide variety of services and a vast inventory, including materials for decking, cabinetry and counter tops, framing and truss, millwork, trim, and windows and doors installation.

At the start, however, Nisbet Brower took on a much more modest form. The company started in 1870 in Loveland, Ohio, as a small lumberyard and hardware store in the city’s downtown area.

The company would remain a staple in Loveland and eventually changed owners in 1976. The new ownership went on to make a range of acquisitions from 1998 on. Those acquisitions included Clermont Lumber, Schmitt Marble, Brower Products and Smokey Truss. 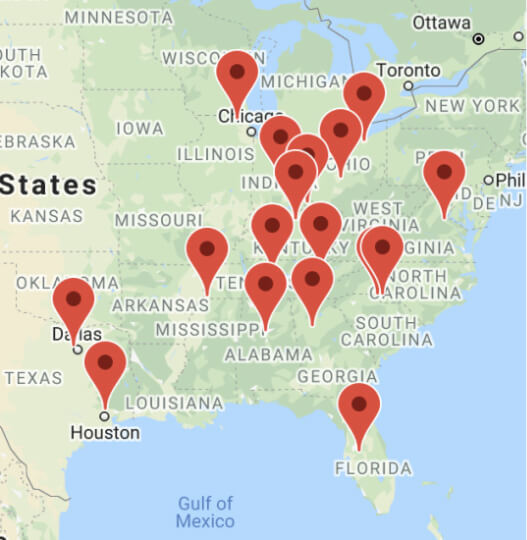 Bob Rack considers himself a process disruptor when it comes to life’s norms. If something is always done a certain way, he looks to disrupt that process and find a better alternative.

He kept trying different approaches to health benefits for his company and his employees, but often with the same results. Switching between health benefit providers offered some relief, but it never solved the problem. Premiums continued to rise, and he and his employees were stuck every year paying more money out of pocket for lessening benefits.

“The problem is the providers and the carriers have too close of a relationship and that, in my mind, provides a lack of transparency,” Rack said. “Insurance providers are basically finding ways to take as much as they can while appearing to provide a huge discount.” Rack wanted an affordable health benefits plan for his employees that also provided great benefits.

“My goal was to get a Cadillac plan at a great price,” he said. “That was the driving force for me to look elsewhere.”

His search actually began – subconsciously – months before he reached out to another disruptor like himself. During his daily commute he often took notice of a building with a large sign that read Custom Design Benefits, and he wondered what they did.

The problem is the providers and the carriers have too close of a relationship and that, in my mind, provides a lack of transparency.

Rack’s curiosity in Custom Design Benefits paid off well for Holland Roofing Group. After seeing that sign multiple times and eventually meeting one of their satisfied customers, Rack called his broker and the relationship began.

“The bottom line was to find an affordable plan for our employees that was also a great plan,” he said. “When I looked into Custom Design Benefits, I learned they are a disrupter too. That caught my eye.”

Something else caught his attention right away – the savings. In their first year, Holland’s per employee per year (PEPY) benefit cost was $6,290, a savings of 47% compared with the Mercer national average PEPY ($11,920) in 2016. Each year since that trend has continued, with Holland’s PEPY benefit cost falling at minimum 40% below national average and up to 58%. Had Holland Roofing Group continued with traditional health insurance providers, they could have ended up spending an additional $30,000 per employee on their health benefits during those five years, using the Mercer average figures as the point of comparison. That has offset the need to raise premiums.

“We went from having an artificially high bill (from the major carriers) to Custom Design Benefits doing reference-based pricing,” Rack said.

“That was what appealed to me. Their TrueCost program brought some honesty to a barely transparent system.”

“In any situation, you’re getting something at a cheaper price than what the bill says,” Rack said. “Plus, I’d rather send an email back and forth with Custom Design Benefits than with a big insurance provider.”

Custom Design Benefits introduced its nationally recognized reference-based pricing plan, TrueCost with a copay-only plan design. Understanding the expertise and data behind TrueCost, and that their employees would know medical costs upfront, made it easy for Nisbet Brower to partner with Custom Design Benefits to administer their self-funded plan.

Bob Rack likes that Holland Roofing no longer needs to play the health insurance game, and his employees like the stability of a great plan with no deductible or co-insurance.

“We’ve held steady with Custom Design Benefits,” he said. “It’s saved us and our employees a lot of money.”

“I’m impressed with them,” he said. “I love the concept of a disrupter approach to change up an industry that is stale and stagnant.”

Can’t find what you’re looking for?